Laurie Edwards-Tate is honored as a finalist at the Most Admired CEO Awards Event, Thursday, December 5, 2013, located at the beautiful Paradise Point Island Resort.

Nominated by California State Senator Mark Wyland, Edwards-Tate was among an elite group of San Diego businesspersons to receive recognition and an award for her nomination.

Accordng to Edwards-Tate:  “It was exciting attending this event, and humbling to be among an exclusive group of exceptional San Diegans.  Though not an award recipient in the Privately-Held category, being the recipient of Senator Mark Wyland’s nomination was a true honor.”

The Lifetime Achievement Award was presented to the most deserving, venerable Ken Blanchard of The Blanchard Companies.

“Meeting Dr. Blanchard face-to-face with the opportunity to speak with him was the highlight of the evening for me,” said Edwards-Tate. “Studying his leadership and management principles while in graduate school many years ago helped shape my leadership style today. He was on my bucket list of individuals I most wished to meet and was finally able to do so.”

Laurie Edwards-Tate preparing for the event. 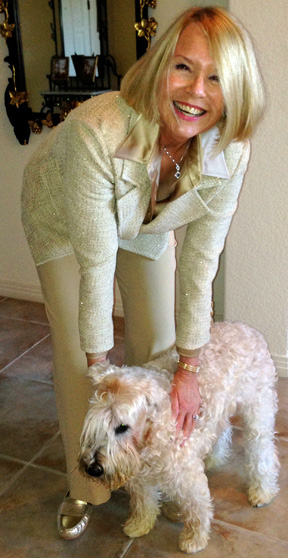 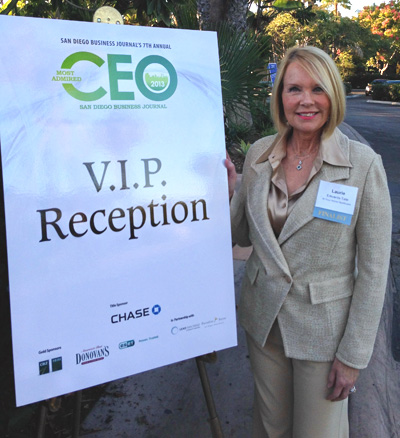 Laurie Edwards-Tate at the VIP Finalist Reception prior to the awards ceremony. 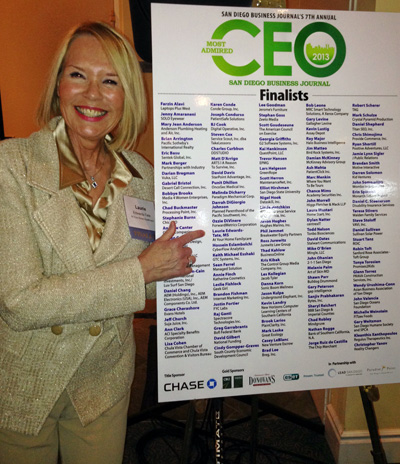 Laurie Edwards-Tate showcasing the CEO poster of nominees, and exclaiming: “Finally, I have found myself!” 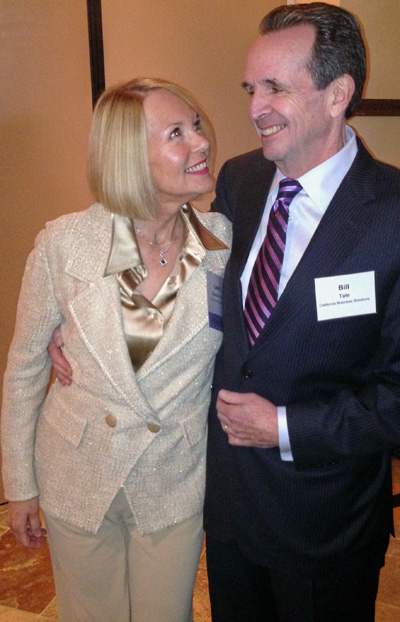 Laurie Edwards-Tate enjoying the event with her husband Bill Tate.