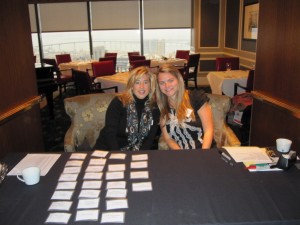 At Your Home Familycare is both honored and excited to lend its support.

The Pacific South Coast Chapter of the MS Society hosted its annual fundraising kickoff event, the annual breakfast featuring this year’s Honorary CEOs Against MS on February 6 at the University Club. AYHF President and CEO Laurie Edwards-Tate attended the event and is honored to participate as an Honorary CEO Against MS. At Your Home Familycare is both honored and excited to lend its support in its role as an advocate and fundraiser.  Team At Your Home Familycare will participate at the MS Walk in support of this cause for the fourth year on Sunday, April 22, at LEGOLAND California in Carlsbad. 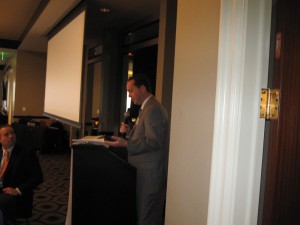 Steven Luke, Reporter/Anchor, NBC San Diego, lends his heart and personality to emcee this event again in 2012. In addition, keynote speakers shared their inspirational stories regarding their path to becoming leaders and fundraisers in the fight against MS.

Multiple sclerosis (or MS) is a chronic, often disabling disease that attacks the central nervous system (CNS), which is made up of the brain, spinal cord, and optic nerves. Symptoms may be mild, such as numbness in the limbs, or severe, such as paralysis or loss of vision. The progress, severity, and specific symptoms of MS are unpredictable and vary from one person to another. Today, new treatments and advances in research are giving new hope to people affected by the disease.

“I wish to give special thanks to Mr. Rich Israel, CEO of National Multiple Sclerosis Society, Pacific South Coast Chapter, for his outstanding leadership and ongoing creative development of programs, events, and services,” said Edwards-Tate. “We welcome your support and participation! All of us at Team At Your Home Familycare look forward to playing our part with your help year after year.”

Please visit our team’s website here to join us or make a donation. Proceeds of all fundraising activities provide direct assistance, education, emotional support, family and social support, resources for independence, wellness resources, and research funding for those affected by MS. 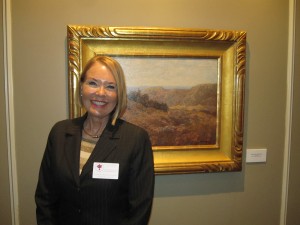 Laurie Edwards-Tate, President and CEO of At Your Home Familycare, attends the Honorary CEOs Against MS Breakfast at the beautiful University Club venue with its spectacular views of downtown San Diego.