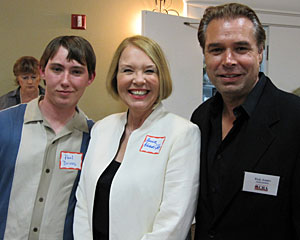 Laurie Edwards-Tate, President and Founder of At Your Home Familycare, was an invited guest of leading conservative radio talk show host and commentator Rick Amato of KCBQ-AM at the October meeting of the Murrieta/Temecula California Republican Assembly.