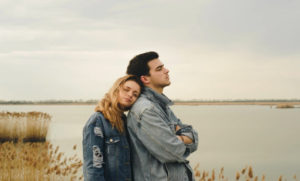 Thanks to Milan Popovic @itsmiki5 for making this photo available freely on Unsplash 🎁
https://unsplash.com/photos/FHvpa4-Fpu8

You may not have heard of the term demisexual, but that term is more wholesome than you think. Demisexual is a relatively new term used to describe a subset of human sexuality.

“What’s Love Got to Do with It,” a song popularized by the iconic Tina Turner, is a haunting tune. It depicts the pain that love can cause. Therefore, if it breaks a heart, then what is the point?

That song came to mind  the term demisexual popped up in a recent news story. Unfamiliar with that term, this writer became curious, wondering exactly what it meant.

The story appeared to indicate that “demisexual” describes a human being who does not have sexual feelings for another. Nor does such an individual have the desire for intimacy unless borne from friendship, common interests and similar values. In short, someone who is well-known.

Filed Under: Communities Digital News, LifeCycles
← Go green with this healthy avocado grapefruit salad
Living longer: Secrets of being a super-centenarians living to 100 plus →