Weekly column in the Washington Times Communities by Laurie Edwards-Tate

As a LifeCycles Christmas tradition, we share the story of one of America’s most loved Christmas carols. The spirit of our nation lies deep within this song.

When Henry Wadsworth Longfellow composed this poem, which became the lyrics of a much-loved Christmas carol, America was still months away from General Robert E. Lee’s surrender to General Ulysses S. Grant at the Appomattox Court House on April 9, 1865.

Longfellow had long despaired over the Civil War, as it reflected his own darkest personal despair. His beloved wife Fanny had died two years earlier. His oldest son Charles, a Lieutenant in the Army of the Potomoc, had been seriously wounded in the war.

Thankfully, Charles survived. It was the start of the hope for a future without war for Longfellow. He awoke on Christmas Day 1863, and felt the inspiration to write a poem looking forward toward better days. Longfellow captured the nation’s awakening as well, as the poem ends with a confident hope of triumphant peace.

I heard the bells on Christmas Day

And wild and sweet

And thought how, as the day had come,

The belfries of all Christendom

Till ringing, singing on its way,

The world revolved from night to day,

A voice, a chime,

Then from each black, accursed mouth

The cannon thundered in the South,

And with the sound

It was as if an earthquake rent

The hearth-stones of a continent,

“There is no peace on earth,” I said;

“For hate is strong,

And mocks the song

Of peace on earth, good-will to men!”

Then pealed the bells more loud and deep:

“God is not dead, nor doth He sleep;

The Wrong shall fail,

With peace on earth, good-will to men.”

May you hear the joy and glory of the bells on Christmas Day and keep the spirit of Christmas in your heart each and every day. 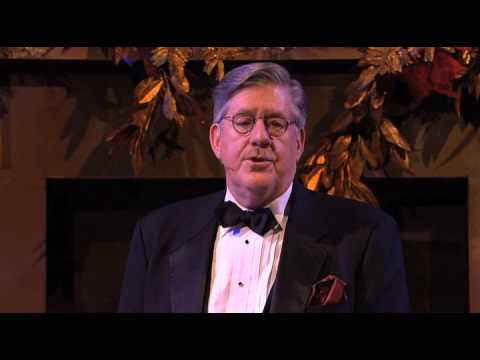 Until next time, enjoy the ride in good health!

LifeCycles is intended to provide inspiration and information only. If you are considering any health, dietary, exercise or lifestyle changes based on the information provided here, please seek advice from a qualified professional.

Laurie Edwards-Tate, MS, is President and CEO of At Your Home Familycare in San Diego, California. In addition to her positions as entrepreneur, health care executive, educator, radio segment contributor and media guest, Edwards-Tate is also a wife, daughter, and dog lover. Read more  LifeCycles in the Communities at The Washington Times. Follow At Your Home Familycare on Facebook and on Twitter @AYHFamilycare.

Please credit “Laurie Edwards-Tate for Communities at WashingtonTimes.com”when quoting from or linking to this story.

Copyright © 2011 by At Your Home Familycare