New Year’s resolutions: When the silver ball dazzles and falls

Enjoyed and viewed all over the world, it signifies the end of one year and the official beginning of the next.

This spellbinding annual tradition reaches the end of its climactic fall at the stroke of midnight, replete with cheers, screams, whistles, clangs, and high spirits by all onlookers.

For some, New Year’s is a time of great relief and signifies hope for a better future.

Christmas in San Diego: A story of family, gifts, and helicopters 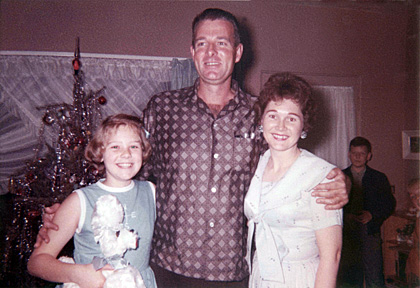 Christmas was always a wonderful experience growing up in San Diego, California.

The concept of a white Christmas is not entirely lost on those who live in warm climates.  But in sunny San Diego, the experience of dashing through the snow is completely foreign.

Even though December is the coolest month of the year in San Diego, the average is still in the high 60’s.  Temperatures of 75 degrees or more are not uncommon during Christmas week.

The holidays are an exciting time of fun, food, and celebrations.

For those who are weight-conscious or managing chronic illnesses such as diabetes, heart disease, food allergies and more, the usual holiday fare is often in conflict with the ability to make healthy food choices.

According to Ann Taylor Pittman in Cooking Light, “Portion control is perhaps the hardest thing about eating healthfully in the holiday season.”

Inherent in the holiday season is an abundance of societal expectations for experiencing happiness and joy.

For those who are grief-stricken due to the loss of a loved one, feeling happy may not be realistic.

Holiday celebrations with family and friends that would previously have been anticipated with excitement may now be anticipated in a negative way, or possibly even avoided for fear of overwhelming negative emotions.

The holiday season is one of the most cherished annual traditions for many Americans.

It is a celebratory time of attending or planning parties, gatherings, feasts, religious ceremonies, and gift-exchanges to be shared with those nearest and dearest.

However, for some people, this season is a time when stress levels run particularly high due to increased obligations and expectations.

Gratitude is ideal recipe for Thanksgiving Day and the holiday season

Thanksgiving Day in America is traditionally celebrated on the fourth Thursday of November every year.

President Franklin Roosevelt signed a joint resolution with Congress to establish this tradition on December 26, 1941.

For most Americans, Thanksgiving is a time to gather with family and friends, watch football, enjoy an extended weekend, and benefit from the discounts and bargains while holiday shopping on Black Friday.

Thanksgiving Day: Celebrating the gift of health with family and friends

Recognized as a special day to express gratitude for life’s many blessings, Thanksgiving is a highly anticipated American tradition when family and friends come together for a celebratory feast.

The traditional Thanksgiving Day meal features a glorious turkey as the centerpiece, accompanied by splendid offerings of soups, salads, gravies, stuffing, potatoes, and various other side-dishes, desserts and delicacies.

It is entirely possible to consume as much as 3,000 calories while enjoying a Thanksgiving Day meal.

Formerly known as Armistice Day, Veterans Day marks the end of World War I on November 11, 1918.

In response to the devastating attack on the Twin Towers in New York on September 11, 2001, America engaged in the wars Operation Iraqi Freedom, Enduring Freedom, and New Dawn.

November brings Alzheimer’s disease to the center of national stage

For many people, occasionally forgetting someone’s name or where the car keys are, could just be signs of normal aging.

However, for the over 5 million Americans who are currently diagnosed with Alzheimer’s disease and the millions of family members and caregivers who share their journey, these kinds of problems can have an entirely different meaning, one which National Alzheimer’s Disease Month is dedicated to acknowledging.

Celebrating Halloween safely: tricks for ghouls from young to old

Trick-or-treating on Halloween night can be supernaturally fun and safe at the same time.

As millions of children flood their neighborhoods anticipating sugary treats and other delights, it is wise to consider the best approaches to protecting them and ensuring their safety.